From Sedona, we traveled to Page, Arizona to see Horseshoe Bend and Antelope Canyon (future post).  We also took a river tour below the Glen Canyon Dam that took us around Horseshoe Bend – a totally different perspective form the top!  Page was a small town, seemingly dependent on tourism for most of its economy.  Unlike Sedona, we didn’t spend a lot of time walking around as we had a lot of activities planned.

Our river tour started with a bus ride from town down into the Glen Canyon Dam itself.  This dam is protected by the Department of Homeland Security so no bags are allowed unless they are clear so that the content can be expected.  Luckily we had bought something from a shop that used clear bags so we were able to bring some food, water, sunscreen etc. with us.  I don’t know who carries a clear backpack?  The tunnel through the dam is impressively dark with openings every hundred yards or so that let in a bright blast of sunlight.  As you emerge at the bottom of the boat, you’re greeted by a min tour marina, with all the boats lashed up to a landing.  Views of the dam and the bridge by it are impressive. 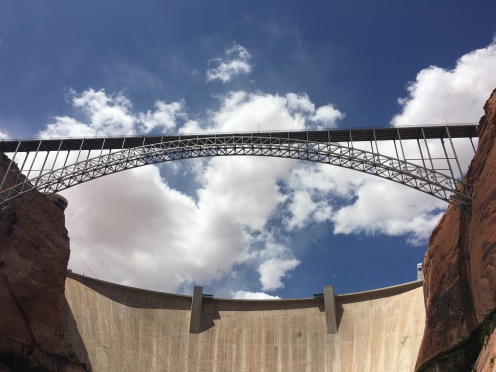 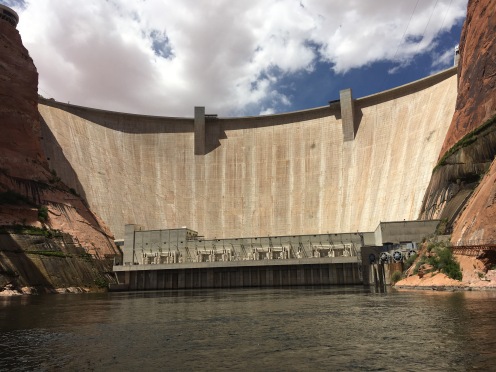 The tour was decent and I learned a lot from our guide who was a member of the Navajo nation.  There is apparently a fair amount of disagreement about the dam.  It completely changed the downstream ecosystem to the point where non-native fish had to be introduced – most of the native species died out / migrated.  I assume there was conflict between the Navajo nation and the state / federal government but we didn’t go into too much detail.  The views of the canyon wall were extraordinary.  Of particular interest was the desert varnish that coated the walls of the canyon in spots.  This black covering results from years of stable rock, with elements baking on it in the desert sun.  You can see examples in the photos below. 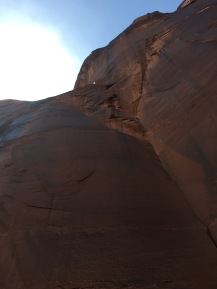 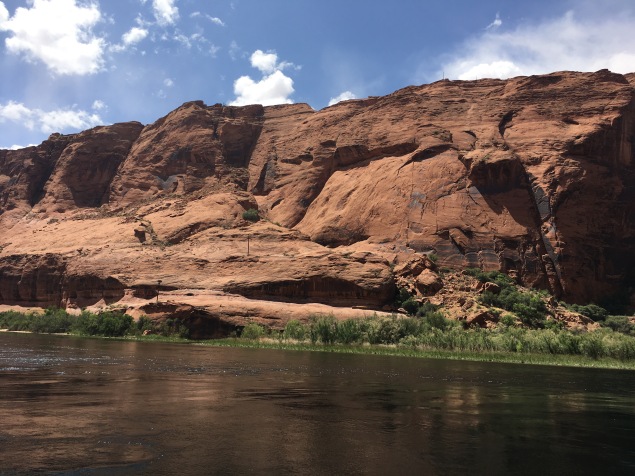 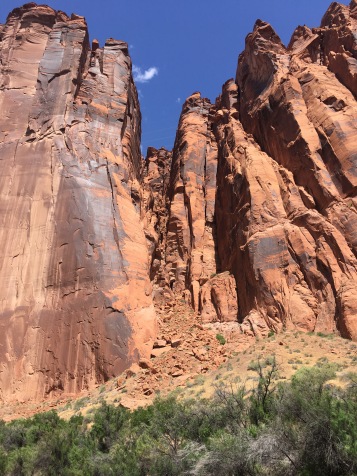 This varnish was used as a canvas for ancient peoples to carve petroglyphs.  We stopped at one such site and got out of our boats to see the carvings.  Little is known of the artists who scraped these images into the rock outside of these images.  Our guide told us that the generally accepted interpretation is that they depict hunting in the canyon, with the mountain goats being prominently pictured.  My daughter was more focused on the small beach and getting into the water! 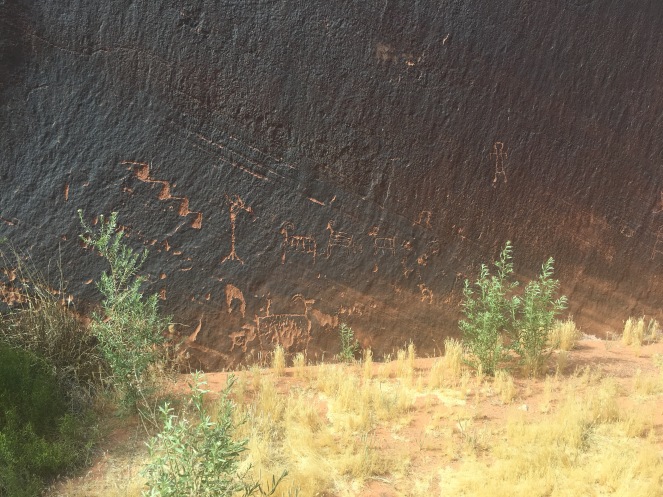 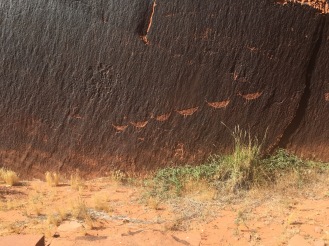 The tour ended back where it began, at the base of the dam.  It was a fun time for sure – there are worse things we could’ve been doing than lazily cruising down a gorgeous river!

The next day, we drove over to Horseshoe Bend to see this iconic overlook.  It is in this spot that the Colorado River wraps around a peninsula of rock and essentially does a 180 before straightening out and proceeding in its original direction.  To get to Horseshoe Bend, you park by the road and walk about a 1/4 mile up over a small ridge and down to the rim.  The overlook was completely packed – and I get the sense that it is always this way.  It was difficult to get good photos because of all the people but also because there is zero fencing and my fear of heights kicked in.  The kids wouldn’t go anywhere near the edge because of the height and I certainly don’t blame them.  The view was awe inspiring – maybe even more so than the Grand Canyon.  Something about it was simply breath taking.

I would definitely recommend see in Horseshoe Bend if you are in the area – it is stunning!