The family took a nice trip down to northern Virginia over the kids’ February vacation.  Along the way, I took the opportunity to stop in Harpers Ferry and to visit the headquarters of the Appalachian Trail Conservancy.  The ATC office is considered the midpoint of the Appalachian Trail and is rather significant to thru hikers.  I signed up for a membership ($45) while I was there and got a great tour from Wendell, a friendly volunteer.

Harpers Ferry has a bunch to see and do.  There are a ton of historical sites throughout the town and most are open and free to the public.  We saw a ton if Civil War history as well as information about the Lewis and Clark expedition.  The town also boasts a bunch of small shops and restaurants to service a mainly seasonal tourist crowd.  A number of these were closed for the season as we were there in late February.  I assume most things will open in March or April.  We did stop in at True Treats which is a retail candy museum.  The proprietor was originally from Massachusetts and we swapped stories about our home state.  She provided a ton of information and background on the candy we purchased – Mary Janes (the peanut butter / tear-your-fillings-out candy) was originally manufactured in Boston.  I tried Honey Sesame brittle which was amazing but also tough on your teeth!  The kids got a Lion bar and some original Bubble Yum.  Sugar rushes for everyone! 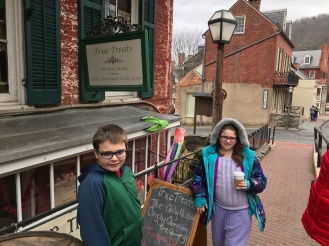 And of course, I had to hike a bit on the Appalachian Trail.  The ATC headquarters is about 0.2 miles from the AT and is connected via a blue blazed side trail.  From where this trail hits the AT, it is about 0.6 miles into lower Harpers Ferry, where most of the shops are.  The trail was well maintained and we made quick work of it.  We saw a bunch of white-tailed deer which were surprisingly tame.  They didn’t bolt or even appear to care that we were only a few feet from them.  Must be the number of people walking through the woods!  The concrete marker in the picture below is typical in this section of the AT.  It has a metal band around the top that shows North/South direction and the distances to the next landmarks along the trail.  I don’t know if they run the entire length of the AT but they continued into Shenandoah National Park which you’ll read about in my next post. 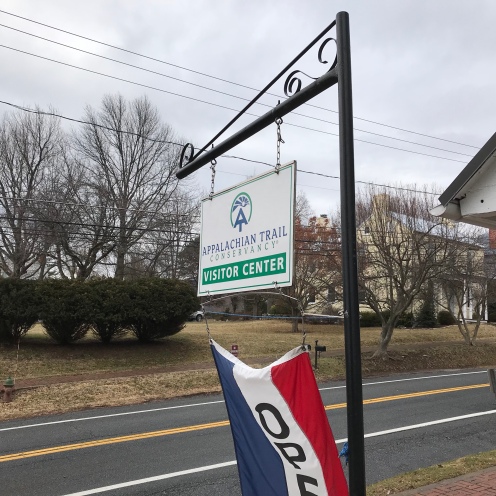 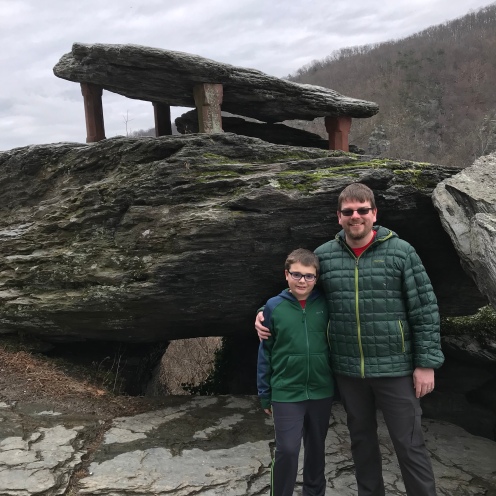 This was a great first stop on our vacation road trip.  The people were friendly and the town was fantastic.  I definitely recommend spending time in Harpers Ferry if you’re in the area.  And if you’re a thru-hiker, it is a must stop.  The town caters to hikers with food and beverage and at least one outfitter that I saw.  The ATC has a hiker’s lounge with cold beverages, a computer, and a couch to relax on!  Plus, you’re halfway there, stop in to celebrate!

One thought on “Journey to Harpers Ferry, WV”