My dad, Cliff, is the person who introduced me to hiking.  From the time I was very little, he instilled a love of the outdoors in me.  We’ve hiked countless miles together, all over the US and even a little in Canada.  We’ve done a number of hikes in the Sierras in California – even reaching the summit Mount Whitney, the tallest peak in the lower 48 states.  Many times, we hiked with my brother and two sisters as well.  Hiking has been a family activity for many years.  Even though the family has dispersed across the US, we’ve always come together around strapping on a backpack and walking some trails.  I credit my dad with building that bond between us.  The photo below is circa 1997 – good times! 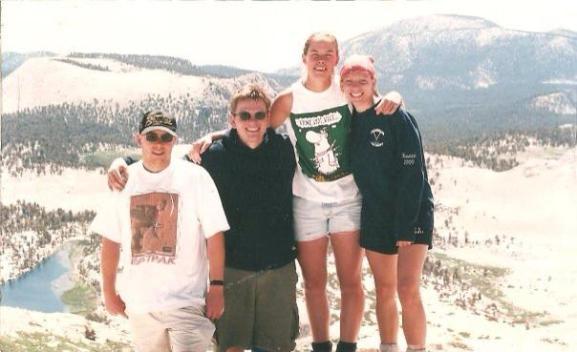 My dad is visiting this week and we had the opportunity to get out into the woods yesterday.  We did about five miles in the Leadmine Mountain trail system.  I wore a full pack as I’ve been trying to stay in backpacking shape.  There was a fair amount for snow on the ground.  It made the footing slippery and was a bit like walking through sand – a good workout for sure even though there wasn’t much elevation to be climbed.  It was great to be back out in the woods with my dad – we talked about hikes gone by and a lot of good memories. 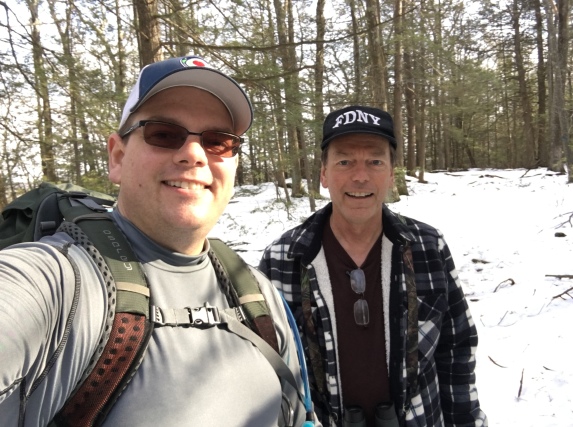 One in particular memory brought a smile to my face.  A number of years ago, again in the Sierras, we were walking over a snow covered boulder field when a friend of ours sunk into a gap between the rocks.  He pirouetted in slow motion, all the while declaring he was OK.  He turned slowly but I immediately feared he would wreck and ankle or a knee.  That fear wasn’t realized but instead his pack swung around a separated his shoulder!  It wouldn’t be funny except that he was continually saying, “I’m OK, I’m OK, I’m OK” but then pop, “I’m not OK”.  Long story short, the shoulder popped back in later in the evening once he relaxed and he’s had no ill effects since.  Just one example of a great memory from one of our trips.

P.S. The pack Im wearing is an Osprey AG 65 – great pack, highly recommended – will do a more thorough review at some point